The smaller the car, the more vivid the color

The smaller the car, the more vivid the color

Did you know that the smaller the vehicle, the more likely its driver will favor a bold, bright color? That’s just one of the results from BASF’s global overview of car segments for the latest year.

“The small-car buyers are oftentimes younger people. They generally think of their vehicles as being more dynamic and sporty,” says Paul Czornij, head of design at BASF’s Color Excellence Group, North America. “As luck would have it, brighter colors also look pretty good on small cars.”

Globally, white maintains its strong position in all segments and is still the number one color with a market share of almost 40 percent, according to the BASF Color Report for Automotive OEM Coatings.

The 2017 BASF Color Report for Automotive OEM Coatings identified a number of other vehicle color trends worldwide, with white as the number one color in the automotive market at large. Achromatic colors ruled the global roadways, and the SUV market continued to climb.

“We looked at what vehicles were on the road in 2017,” Czornij adds. “We also broke it down by segment, and then we compared region to region. White came out on top in every region and was popular in the segments also.”

The German company came out with its annual global analysis of color distribution for the current automotive market. The exclusive BASF data was gathered in collaboration with four design studios from different parts of the world including North America, Europe, the Middle East and Africa, as well as Asia Pacific markets, depicting the share of the most important color areas.

The focus on these regions creates a more profound understanding of each respective market and its color drivers. The global perspective also gives an overview of the most crucial colors, showing a high percentage of dark, achromatic colors for larger vehicles.

Even in the growing segment of electric vehicles, achromatic colors are still preferred.

Achromatic colors are those that lack hues, such as black, white, silver and gray. According to Czornij, those colors tend to trend on cars because they’re more conservative, making the car easier to sell down the road. And if you end up keeping the vehicle, he says it is “able to absorb the shift in color preferences that you might see in the fashion world or other areas. Your car would still look nice and let you project yourself as ‘in style’ to the rest of the world.” Even in the rising segment of electric cars, achromatic colors are still the preference, with gray and silver superseding the popularity of white or black at the early stage in electric vehicle development.

The color trends in the three respective areas are as follows: in Europe, the Middle East and Africa, about 78 percent of all cars were painted white, black, gray or silver last year, marking a continuing trend towards achromatic colors.

Of the chromatic shades, blue continues to dominate the vehicle color domain. While the overall share of 10 percent remained stable, the proportion of blue increased significantly in terms of its share in the chromatic palette — nearly every second chromatic car produced in Europe in 2017 was blue, a trend predicted by BASF’s Coatings color designers and reflected in the numerous blue shades in the last color trend collections.

“Blue has a lot of versatility to it. You can have a light blue, very dark blue, deep saturated blue and gray-ish blue,” says Czornij. “Psychologically, blue also is a very positive, optimistic, and I would say almost a trustworthy color.”

In Asia, on the other hand, bright red dominates the chromatic range of colors in the automotive market. Since red cars attract attention, it’s an important factor in mature markets of Asia Pacific.

“Red is sort of a new way to project an image of oneself in a culture that is traditionally been very conservative and inward looking,” Czornij explains. “Red, being a bold, more expressive color forges that link to the younger generation taking a stronger role in society.”

In terms of achromatics, with an overall distribution of 49 percent, white is the most popular color in the region. Culturally, white colors are associated with the positive image of purity and intelligent, advanced technology in Asia.

In North America, achromatics like white, black, silver and gray dominate car vehicle colors, including electric cars. New pigment technologies are producing special effects that shimmer and shine to show a variety of finishes, according to the report. On the chromatic end, both red and blue are equally significant in North America. Other colors, such as orange, also showed up in the analysis. 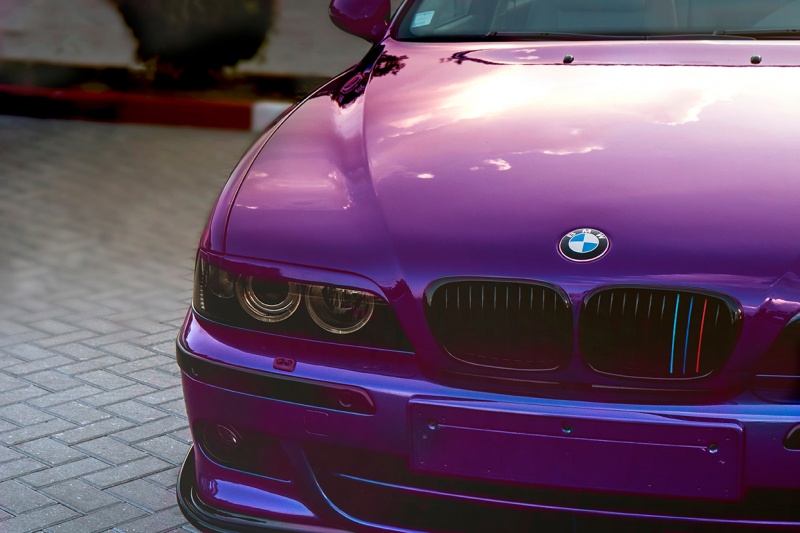 The smaller the car, the brighter its color. That’s why 1 percent of compact car drivers prefer a violet vehicle, according to the chromatic color distribution.

On a global scale, the SUV segment shows a strong dynamic globally as its sales numbers rise and new models pop up. SUVs take on a leading role in terms of growth figures of the global automotive market, in part because consumers worldwide appreciate the innovative designs and functionalities of SUVs. As far as color goes, white and black are still going strong within this segment, but chromatic colors such as red, blue and especially brown are catching up in the SUV color palette.

“It’s important for us to communicate with our customers to let them know what is on the street in real time,” Czornij concluded. “It’s always good to understand the movement in the industry in terms of consumer preferences for color so we can use that to explain overall trends.”

The Power of Polyurethane