It was a warm and sunny Friday on August 26, 1988. Chris Casteel, then a 24-year-old newlywed, decided to hop on his Yamaha Maxim 650 motorcycle to drive to his new job at an industrial facility.

As he was driving on a winding road on River Drive in Detroit, he spotted two students who looked distracted while driving towards him.

“I realized they were over the line and I remember locking up the brakes and trying to hold on for dear life,” Casteel tells BASF in an interview.

The car struck him nearly head-on into one of the curbs.

Chris Casteel partakes in the Detroit Slow Roll in June 2017, with his pup, KC "in her chariot". Photo: Randy Repicky.

The young motorcyclist had to have his left leg amputated as a result of the accident. When his one-year wedding anniversary came around a few weeks later, he and his wife celebrated the occasion at his hospital bed. He remembers living in a daydream for a couple of years as his mind got used to living with his new disability.

That was 30 years ago. Today, Casteel is a through-the-knee amputee who wears a trans-femoral prosthetic. He’s more active than ever, taking part in daily city bike rides, and he’s paying it forward by helping others walk again.

As a board-certified orthotist and board-eligible prosthetist, Casteel helps patients from all walks of life to regain mobility post-limb loss.

He recalls making his very first above-knee prosthetic for a young child while working as an entry-level technician. The boy came on crutches and Casteel observed the fitting.

“After some adjustments by the prosthetist, the kid went from walking to running in less than an hour. I cried like a baby right there. The kid was absolutely fearless,” he says. Casteel’s course was set from that point on. 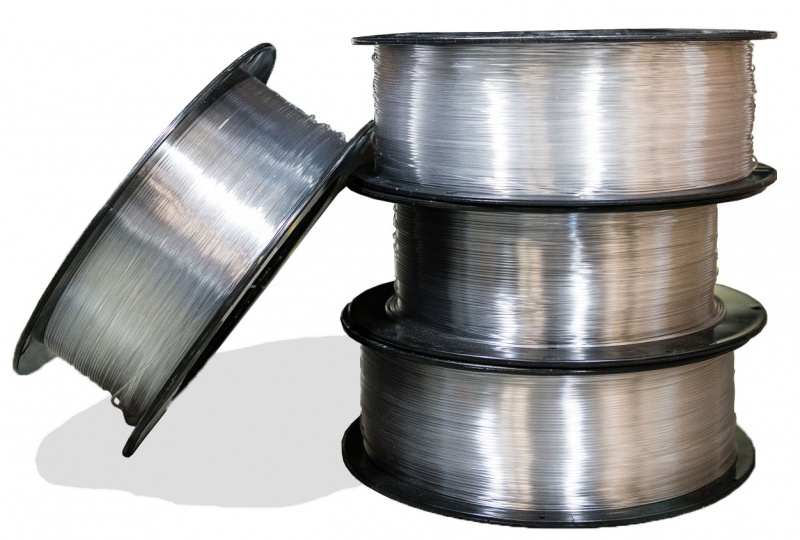 BASF's thermoplastic polyurethane (TPU) is what Essentium is currently trying out on test sockets. This material's properties enable it to be molded by heat, allowing adjustments to be made while a patient is fitted for a prosthetic prior to a definitive socket.

Fast forward to 2018: Casteel is now the owner of ANew Life Prosthetics and Orthotics. While his company is for profit, he’s known to not shy away from pro-bono work for patients from all walks of life, including the underinsured and the homeless. He’s even gone as far as third-world countries and invited children from war-torn areas to his clinic in The Motor City to make them a prosthetic leg so they could walk again. Although he sometimes doesn’t get reimbursed for his efforts, he says the reward he gets back is priceless.

“When you see someone actually walking, returning to life, living with something you’ve created, it makes up for those times that the insurance company doesn’t pay,” Casteel adds.

The number of people in need of prosthetics is plentiful, and it typically takes days to craft one.

“For us to manually hand-cast someone, create a plaster model, modify it, pull a test socket, it takes a couple of days and a few man hours,” he says.

A revolutionary development in the prosthetic industry promises to drastically cut down on that time: the new 3D-printed prosthetic socket.

To help improve the prosthetics field, Casteel recently teamed up with BASF and Essentium Inc., a 3D-printing and materials development company, to try out a new prosthetic socket on his patients. The socket is 3D-printed with BASF’s Ultramid polyamide (nylon) and reinforced with short carbon fiber manufactured by Essentium division, TriFusion Devices.

Compared to traditional carbon sockets, the 3D-printed socket is lightweight yet tough and more flexible.

“It’s one thing to hear about it, but it’s another thing to actually feel and touch it,” Casteel says. “The adjustability is probably the biggest feature. The new material allows us to heat it up and move it around and not have to grind into it.”

While Casteel hasn’t gotten around to testing the socket on himself just yet, he’s already fitted about 50 of his patients with it. The process involves Casteel scanning the patient and then having Essentium print the prosthetic for each person. 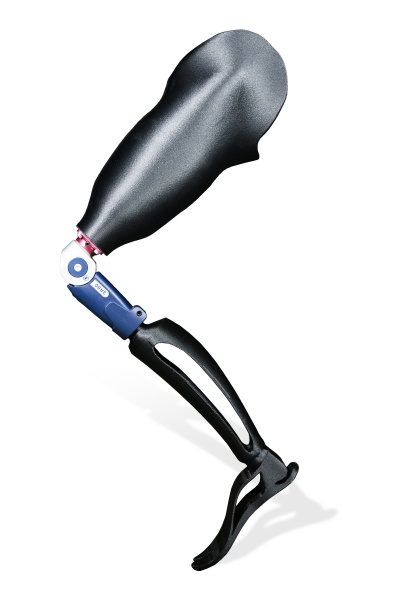 The definitive socket shown here is made with thermoplastic material that enables small adjustments in increments of 2 to 3 millimeters without weakening as needed throughout the life cycle of the prosthetic — a crucial development as a patient's body changes over time.

The patients try on the test sockets first at Casteel’s office to let their bodies adjust to the fit. Later, they’re fitted for a definitive socket, made with the Ultramid polyamide. This material keeps the prosthetic strong anywhere between three and five years, according to Josh Lawson, Head of Marketing at Essentium. Traditionally manufactured prosthetic sockets typically last less than three years.

“3D printing is really the way of the future. It’s going to expand exponentially and we’re trying to be on the leading edge of that,” says Charles Tazzia, Senior Technology and Business Scout, Performance Materials, BASF, who was responsible for bringing the three parties (BASF, Essentium and Casteel) together. Additive manufacturing (another name for 3D printing) also eliminates human errors, ensuring the socket fits correctly the first time. This means that the amount of time it will take to fit someone for a prosthetic limb is reduced by 50 percent. Also, while old sockets are non-adjustable, the new material can be heated up post-3D printing and adjusted accordingly to fit the patient comfortably. So, if the patient grows, loses or gains weight, the prosthetic can be changed and fitted to his or her present size.

Tazzia met Casteel a few years back during the famous Detroit weekly bike ride called Slow Roll, which attracts thousands of participants. The two became fast friends, and Tazzia brought Casteel on board to have his patients try out the new 3D-printed prosthetic.

“It’s rare that we get the opportunity to see our materials actually make people’s lives better,” says Tazzia, “and that’s why this work with Chris has been so rewarding.”