Waterborne direct-to-metal (DTM) coatings are increasing in popularity thanks to their ease of application, sustainability benefits, and time and cost-saving capabilities, but some formulators still have questions about their performance or implementation.

While some specific applications are best suited for solventborne coatings, waterborne coatings have proven themselves to be an effective and sustainable solution. Waterborne systems protect metals such as steel from corrosion, UV degradation and weathering while emitting lower VOCs.

Myth 1: You can’t apply a waterborne coating directly to metal because it will rust

“This is not true. Formulators are successful with waterborne DTM coatings without using a primer,” says Tony Neely, Technical Specialist at BASF. “The resin in the formulation needs to be able to make a strong protective layer over the metal substrate. In a good film formation, there should be a polymer that is mostly hydrophobic so that the water doesn't become absorbed into the polymer layer.”

When a waterborne coating is formulated correctly, it provides excellent protection against corrosion and other forms of degradation thanks to its water-repelling properties. Any additional additives or pigments should be designed for use in industrial corrosion-resistant coatings to ensure compatibility and effectiveness.

Some resins are designed to be hydrophobic with an ultraclean water phase. JONCRYL® PRO 1524, for example, is a unique epoxy hybrid dispersion for DTM applications that offers good chemical resistance, high-gloss, and excellent wet and dry adhesion. It can be formulated at VOC levels of less than 100 g/l VOC.

“When we do humidity testing on a coating using JONCRYL PRO 1524, it’s subjected to 100 degrees Fahrenheit and 100 percent humidity, 24/7,” says Neely. “We can put JONCRYL PRO 1524 coated on steel in that environment, leave it in there for 500 hours and not have a single blister or bit of rust.”

This performance is due in part to what is sometimes called the “micro-gel” process, a dispersion process that differs from emulsion polymerization in that it uses an acrylic-epoxy hybrid to prevent flash rusting in the final coating.

Applying a coating to a steel substrate

With a properly designed polymer formulation, the water and humidity resistance from a waterborne coating can be outstanding. ACRONAL® PRO 770, an APEO-free and zinc-free acrylic dispersion, can be used as a DTM coating to reduce application time and save on formulation complexity by eliminating the need for corrosion inhibitors and active pigments.

“ACRONAL PRO 770 is actually a self-cross-linking resin,” says Neely. “The cross-linking that happens between these polymer chains chemically connects them. This process is not reversible, so there's no way for the coating to redissolve in water.”

“We are starting to make leaps and bounds with the technology and pushing into the C4 space, especially when we're not talking only about direct-to-metal coatings,” says Hillary Hamp, Market Segment Manager at BASF. “ACRONAL PRO 770, for example, performs very well as a primer in a C4 space.”

Once again, the key to achieving a faster dry time is in the additives and formulation of the coating.

“There are a few ways we can formulate to improve dry time,” says Neely. “One is making sure the polymer chemistry is appropriate. The other thing is to modify the solvent package to see if a faster-evaporating solvent can be used in the formulation to improve the drying process. We have a line of polymers strictly designed to be modifiers of coating systems to help them be harder and dry faster.”

Waterborne coatings are still water-based and will therefore take longer to dry in wet or humid environments – it wouldn’t make sense to apply a waterborne coating in the rain, for example.

“There are some very interesting substrates in the market that may not rust as readily, so they may not need the utmost corrosion protection, but you just can't get anything to stick to it,” says Neely. “JONCRYL 1532 was specifically designed for that task.”

As with any changes to formulations, steps must be taken to ensure a smooth and successful transition. Coating formulators need to make sure their supply chain and infrastructure is ready to adapt.

BASF offers assistance and expertise to customers who are looking to transition from solventborne solutions or to customers who have tried less effective waterborne formulations in the past.

“BASF is there if there's an issue with formulation or product selection, and we can help the customer in their transition,” says Neely. “We can help them formulate and do the formulation application and testing in our own lab, and then go and present that data to help them move towards making the best choice for themselves.”

Customers who make the transition will enjoy the benefits of a coating that is effective, easy to apply, and better for both the environment and workers. The perception of waterborne coatings and their performance is changing as developments in resins and additives allow them to perform better than ever before.

“A lot of these myths are based on a very old thought process around waterborne products,” says Neely. “They may have come from when they were first being developed and when formulators were inexperienced or choosing the wrong polymers, but with the choice of the right polymer and the right formulation, I don't see any of the myths we've discussed as being a major hurdle.”

BASF offers an alternative to formaldehyde in animal-feed hygiene enhancement 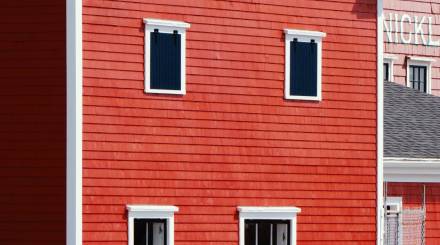 Learn how adhesion after accelerated weathering combined with tensile elongation testing can be used to model outdoor weathering.

Are you in the know about waterborne direct-to-metal (DTM) coating technology? Take the quiz to find out