An innovative science program opens young girls' minds to the possibilities of an exciting career in math, engineering and the sciences

Science is the bedrock of many businesses worldwide. The challenge for many is showcasing the careers in the scientific field while students are still in school. Studies show that students as young as middle school — particularly girls — can make career decisions based on positive experiences and exposure to opportunities.

BASF is continually pursuing new programs that attract young people, and more specifically girls, to study the world of science and encourage them to consider careers as scientists, engineers and researchers. 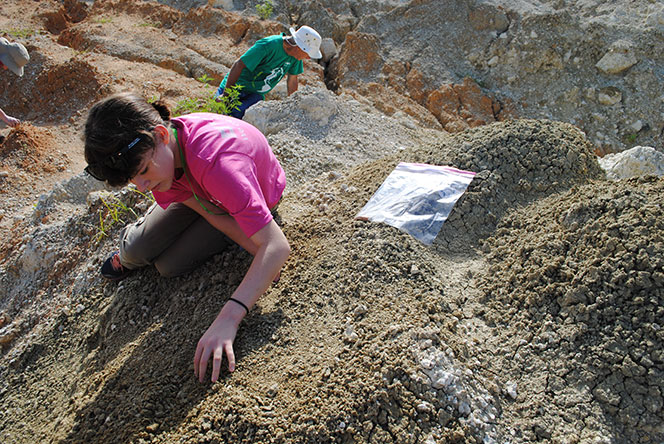 One such program is called SciGirls, a hands-on educational camp for girls sponsored by the local Tallahassee PBS station and Florida State University's MagLab. The select group is limited to 22 middle-school aged girls and six teachers chosen from the Tallahassee area who participate in a two-week summer camp geared toward careers in science. One field trip included in the summer camp is a two-day excursion to BASF's mining and manufacturing site in Quincy, Florida. During these two days, the students have fun exploring the mines for millions of years-old fossils, learning about modern mining processes and the opportunities available for women in manufacturing, and research and development.

"The area is chock full of fossils — 15 million year-old shark's teeth are everywhere..."

Walt Loomis, an Environmental Health and Safety Specialist III at BASF's Quincy facility, says the program really started out fairly innocuously. The Quincy mine primarily site mines, dries, sizes and packages shipments of Attapulgite clay to customer specifications in several industries. It is used in a wide array of consumer products from pet litter to pharmaceuticals and chemical dispersants. In 2006, a group of geologists approached BASF to see if they could take school children fossil-hunting amid the mine's spoil. "The mine is a great teaching tool for these geologists and the kids," Loomis says. "The area is chock full of fossils — 15 million year old shark's teeth are everywhere, as are enormous manatee teeth from the early Pliocene era five million years ago." 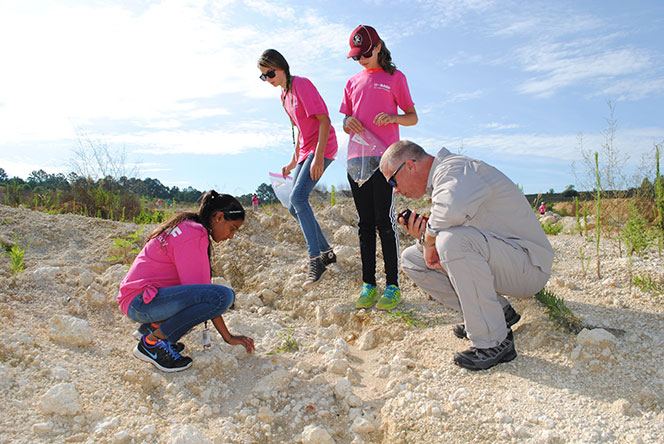 Employees of the BASF site in Quincy show students the geological strata exposed on the sides of the mine and talk about the age of the earth and layers that were formed over the ages with the rise and fall of the sea levels. The employees also take the time to tell the girls about the mining operations at Quincy and about all the products that can be made using Attapulgite clay. A BASF Kids' Lab is performed with the students to demonstrate the importance of Attapulgite clay in cleaning up oil spills and more directly, cleaning affected birds and sea life.

Today, the program operates under the auspices of Florida State University and The National High Magnetic Field Laboratory, The SciGirls WFSU/MagLab program has grown into entry-level, and second-year science camps designed to inspire middle school and high school girls in the sixth through the ninth grade (as well as returning campers) to pursue careers in science. 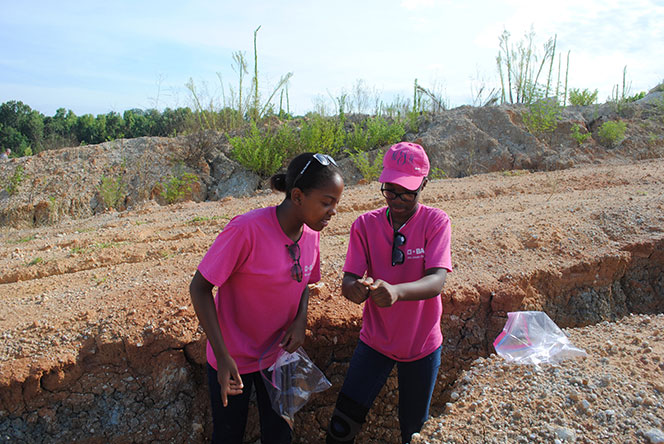 During the two-week camp, the girls are exposed to an array of scientific disciplines, are given the chance to work with local scientists in lab settings and in field work, receive lectures, demonstrations and walking tours — all with a scientific theme. But it's not all work. The girls also experience a full slate of nature-oriented outdoor activities such as swimming, snorkeling, hiking and collecting data.

"It's good to see these girls pushed to think about what they can do in the future..."

A particular highlight is a video message from Mary Ellen Gustainis, a business manager in BASF's Formulation Additives division, highlighting her own career path and encouraging camp attendees to follow in her footsteps and pursue degrees in science. A further highlight is the students produce their own series for the local PBS television station about their various field trips and learning to collaborate, communicate, engineer and discover together. 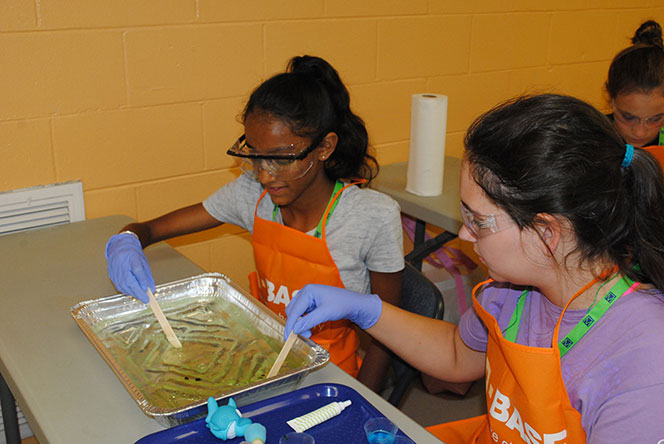 "BASF wants to help out our local communities, and this is a big part of that effort," Loomis says. "This is a program that uses science as an interesting and fun way to interact with the world. And I personally enjoying seeing these young women connect the dots as they see the production facilities and understand how we use science, technology, engineering and math every day.

And it's good to see these girls pushed to think about what they can do in the future and bring to the industries we serve."