The name Chip Foose needs no introduction in the automotive industry. The famed auto designer and reality TV star of Velocity’s car restoration series Overhaulin’ has completed numerous custom auto builds and restorations, winning several industry awards for his work over the years.

One of the largest automotive events at which he’s made an appearance for more than 30 years is the Specialty Equipment Market Association (SEMA) in Las Vegas, the biggest specialty products trade event in the world. And this past year was no different — that’s where Foose unveiled his newly built 2010 Mustang GT inside of a 1971 Mustang body.

I want to do the best possible work I can do, and the only way to do that is to use the best materials out there,” he says. “That’s why I use BASF: I want the best.

Fans stood in line for over an hour to snag an autograph from the car designer. Some of them traveled from all over the world.

Michel O’Neil, a tire dealer, came from Quebec, Canada. It was his 13th year at SEMA and he’s seen Foose every time at this event.

Jacqueline Crane came all the way from New Zealand. She and her husband build cars back home.

“Chip is so innovative,” she says. “He is just our ultimate idol.” 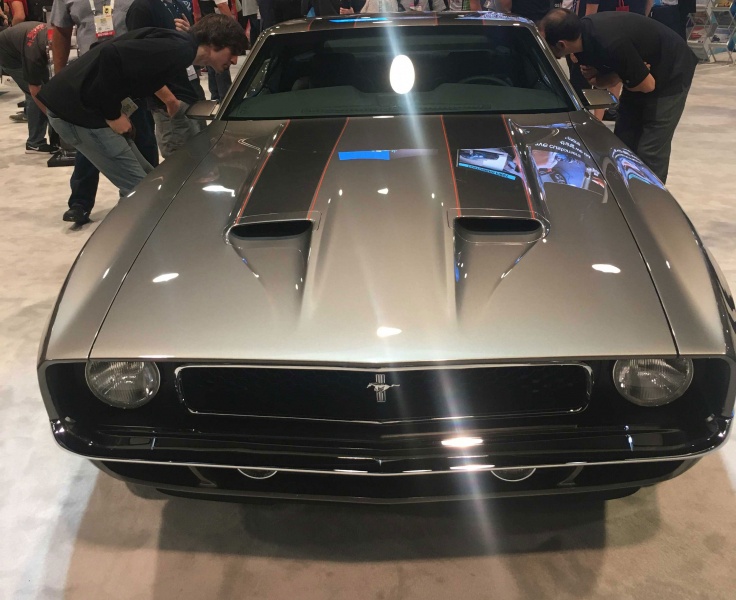 Foose's 1971 Ford Mach One Mustang was on display at the Las Vegas trade show. Foose has been exclusively using BASF paint for years and he makes no secret about it.

The legendary restoration expert’s latest work of art, the 1971 Mach Foose Mustang, was based on the 1971 “Eleanor Mustang,” a vehicle that Foose previously built for the film Gone in 60 Seconds.

Doctor Honda out of Japan approached the car designer about building the vehicle. “My first thought was, Why ’71? That’s not the most exciting body part, but it’s also a great challenge,” Foose explains.

His first goal was to make the luxury car look more like a “muscle car,” he said. This process entailed extending the wheelbase by three inches, pulling the wheels forward, and restructuring the front end completely with new strut towers and a cleaned-up engine bay. The flatness of the ’71 stock rear quarters was replaced with quarters from a ’70 Mustang.

“It gives it those hips in the back and gives it that muscle-car feel,” Foose adds.

The base color of the car, the inside and the engine bay were all painted in a Mach Grey color. A darker satin color was used for the rear taillight panel and the front grille with the side stripes painted in a darker charcoal gray.

“I wanted it to be a much more elegant color, and the final appearance of the car, I wanted it to look the way that Ford could’ve built a Mustang,” says Foose. “I didn’t want it to look like a custom car, but rather like a factory show car.”

He painted the entire car using BASF’s premium waterborne Glasurit 90 Line. Foose mixed a custom warm silver, known as Mach Silver, and topped it with Glasurit 923-210 Low VOC Ultimate Clear to give the Mach One a “glamorous, fresh-off-the-line” look.

Foose has been exclusively using BASF paint for years and he makes no secret about it. 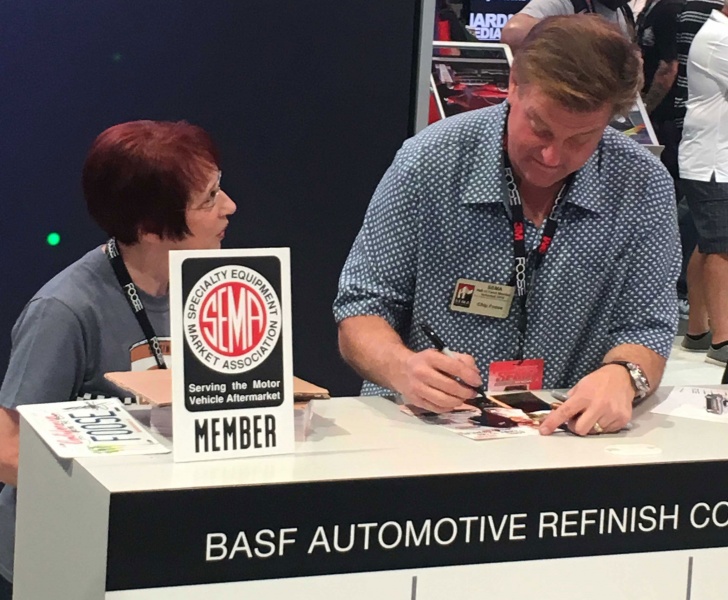 “I want to do the best possible work I can do, and the only way to do that is to use the best materials out there,” he says. “That’s why I use BASF: I want the best.”

But the road to collaboration with the German chemical company initially required some effort on Foose’s part.

The auto designer was exposed to BASF paint at an early age. He started working at his father’s company, Project Design, at age 7, where they used strictly BASF’s R-M paint. He later worked at many different shops with several different paint companies. Then, when he started his own shop and was ready to paint his first car, Foose wanted to use the best paint available.

“I went to all of the professional detailers that I know and asked them, Whose paint do you get the best results from?” he adds. “And they all said Glasurit, BASF, so that’s what I wanted to use.”

Foose did not have a relationship with BASF at that time, so in 2002, after he won the first of his four prestigious Ridler Awards (this one for Wes Rydell’s BASF painted Grand Master), he called his paint supplier and asked for the BASF rep.

A meeting was set up and Foose showed the rep the car and what he spent on paint materials, asking if the rep could provide a discount on BASF paint for his high-end show cars. The rep gave Foose some good news in return: BASF would donate the paint to Foose if he would continue building high-end show vehicles featuring the company’s paint. Ever since then, he has only used BASF paint, including on his TV reality show Overhaulin’.

It's not unusual for BASF to provide paint to its brand ambassadors in return for endorsements, according to Dan Bihlmeyer, North America Marketing Director, Coatings Solutions, BASF.

“We’re truly a customer-facing business that has also benefited from the car restoration TV shows and social media presence. The fact that we’re behind the paint appeals to people when they see a fancy restored car,” Bihlmeyer says. “It brings an element of connectivity to the end user and a passion that comes with it.” 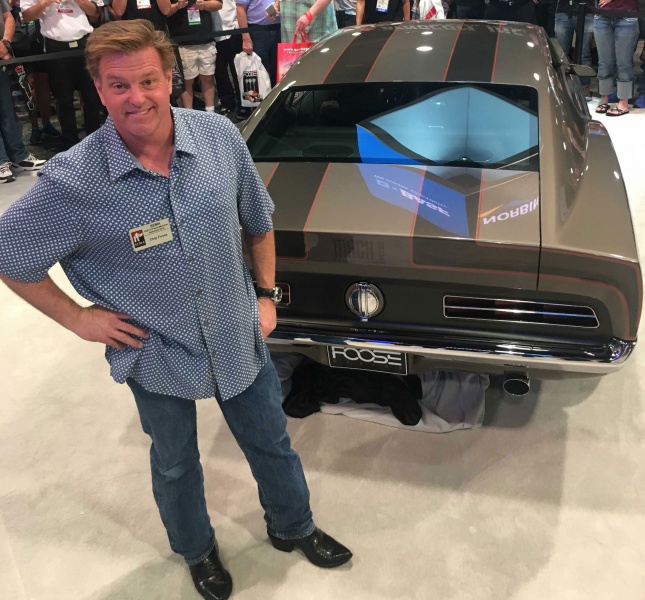 Chip Foose has been an official BASF Glasurit paint brand ambassador for the past ten years.

The return on investment for donating the paint has paid off for both parties.

“When we originally did Overhaulin’, we went shop to shop,” Foose says. “Within the first two seasons of filming, we converted five shops over to BASF paints.”

Now, for the third year in a row, the restoration expert and Glasurit advocate has judged other people’s cars for BASF’s Glasurit Best Paint Award at SEMA. Foose examines vehicles on display at the trade show that are coated in Glasurit 22 Line, 55 Line or 90 Line products, including primer, basecoat and clearcoat. This year’s first-place winner was a maroon 1940 Ford Convertible by Goolsby Customs.

“Chip Foose is truly a partner and a collaborator,” Bihlmeyer says. “Whether he is interacting with a customer’s kid who is 10 years old or someone who’s 80 years old, their interaction with Chip will be special, and that speaks to who we are as BASF as well.”