Chloride-based salts, reducing redundancy, and listening to your customers

Nate Clemmer is the CEO of SynaTek Solutions Inc., which designs, manufactures and distributes products that de-ice sidewalks and parking spaces in the winter months.

“It’s like there’s one person outside the building with a bucket, throwing granular products down,” said Clemmer in an interview with BASF. “And then there’s another person inside the building, literally 10 feet away—60 degrees difference in temperature—who’s got a bucket picking up the same product.” 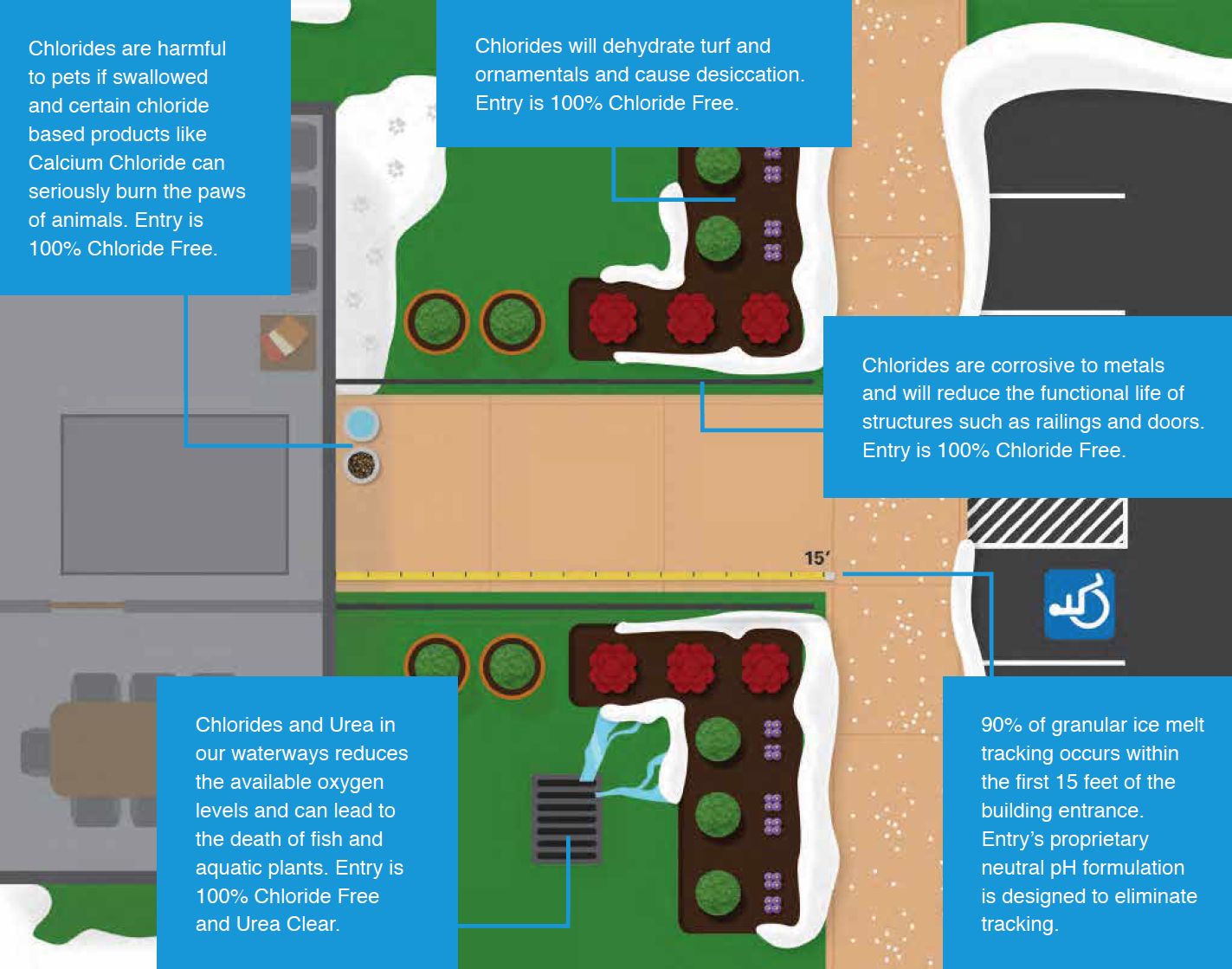 Necessity is the mother of invention

Clemmer decided it might be time to come up with a new solution that prevents granular tracking onto the carpets inside lobbies, which then damages metals, kills plants and poses risks for pet safety.

He started researching other alternatives online and found BASF’s promotional video on formic acid for deicing airport runways. Formic acid is then used to make potassium formate—a better alternative to chloride-based salts, which is what most businesses use for ice melts. Formate salts are less corrosive, and have a lesser impact on the surrounding flora. Potassium formate is also sprayed in liquid form instead of granular salt, so tracking into buildings is not a concern.

“Because potassium acetate is made with acetic acid, it has two-carbon atoms. It actually takes more oxygen to biodegrade than formic acid, which only has one carbon,” said Ben Glowacki, Market Development Manager, Chemicals, BASF in an interview. “The lower the Chemical Oxygen Demand, the better, and potassium formate has about one third the COD of potassium acetate. We can do everything that potassium acetate does and be better for the environment.”

The speed of business

Clemmer got in touch with BASF in August of last year about utilizing its technology, and by November he was beta testing his potassium formate product, Entry. 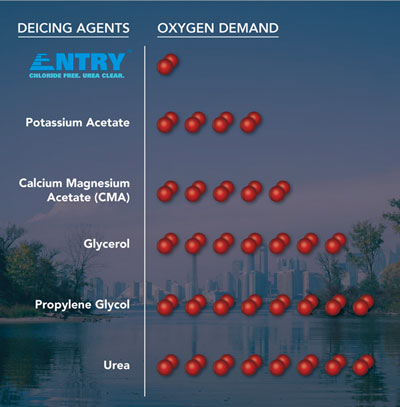 “We’ve been hearing more and more from our customers that they were looking for a non-salt, environmentally friendly alternative to chloride salt-based deicers,” Clemmer added, “so I’ve been exploring various products in that category for several years. It made sense to start thinking about designing a product that would incorporate BASF’s formic acid technology.”

By end of February, Clemmer felt confident that his business got the final formulation. He was impressed with the speed that the product got the desired results. SynaTek started picking up customers quickly, especially when the company could show them how the product worked.

“We needed to design a product that would work really fast, because once someone shovels snow, what’s left is more slippery than what was there before shoveled,” he said, “so we needed to get that surface back to safe as quickly as possible.”

Using BASF’s formic acid, which was transformed into a potassium formate liquid, SynaTek created a biodegradable solution for commercial and residential deicing. Both chloride and urea-free, the solution works immediately and eliminates granular and residue tracking (see video). Potassium formate removes thin layers of ice and prevents new snow from sticking or a new layer of ice forming. At a 50-percent concentration, the freezing point is reduced to as much as minus 63 degrees Fahrenheit.

SynaTek showcased this new way of deicing at the SIMA Snow & Ice Symposium in Montreal and at the BOMA International Conference & Expo in Nashville earlier this year. 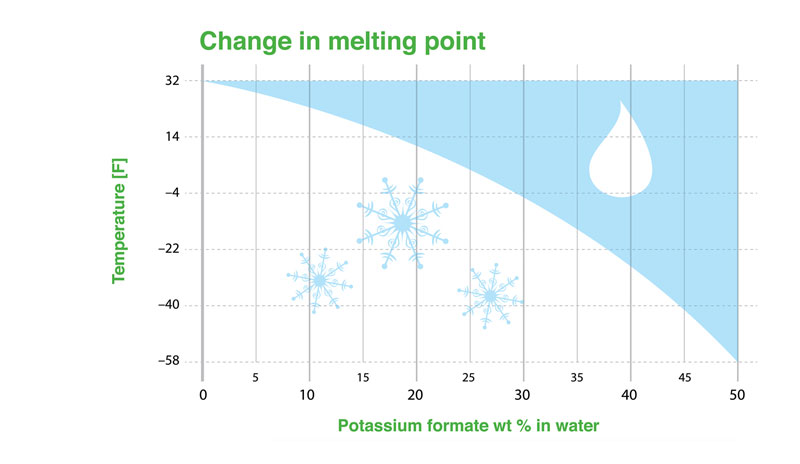 BASF has been selling formic acid to runway deicing companies for manufacturing potassium formate for deicing airports in Europe for quite a while, in markets such as Frankfurt, Germany and Zurich, Switzerland. The chemical company decided it was a natural fit to bring the same technology to the North American market, especially since there is now a formic acid plant in the U.S. to support the deicing industry, according to Glowacki.

“The fact that it’s sourced domestically, that’s important to us,” Clemmer concluded. “Its biodegradability is the best on the market. It’s a complete disruptor, because it has the potential to change the way people maintain residential and commercial buildings in winter conditions.”