Birthday parties, ham sandwiches and other reasons for pavement preservation

Birthday parties, ham sandwiches and other reasons for pavement preservation

The nation's roads are more important than we may realize. Here's why we need to take a proactive approach to the nation's highways, and how science can help

That picture frame on your desk, the half-eaten ham and swiss sandwich sitting next to your computer, and the smartphone that you will probably check by the end of reading this sentence all have something in common: pavement.

Yes, pavement. Before the ham sandwich, the smartphone and the picture frame made their way to your desk, they were on a tractor-trailer, and that tractor-trailer needed to travel a section of the U.S.'s 8 million lane miles of public roadways.

Chances are, you passed a tractor-trailer on your way to work this morning, too, watching it take the exit towards the shopping plaza, where, on the weekend, you rented a bouncy castle, bought balloons and ordered a cake for your daughter's birthday party. Her grandparents drove from two states over, arriving later than expected due to heavy rain but remarking how a newly paved stretch of interstate made the trip much safer than the last time they visited. 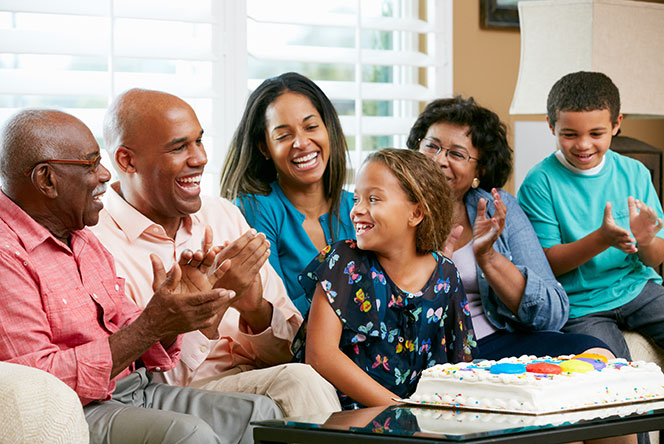 The nation's infrastructure, as the American Society of Civil Engineers (ASCE) phrased it in their 2013 Report Card for America's Infrastructure, is critical for "every family, every community and every business" to thrive.

Every four years, the ASCE releases an assessment of the United States' major infrastructure categories, including the national highway system and other roads. The report comes in the form of a report card, using A to F to assess current infrastructure conditions, assigning grades and, just as a teacher would grade a student, making recommendations for how to raise those grades.

In 2013, the last year ASCE released their report card, the nation's roads received a grade of D.

The United States' road network includes more than four million miles of public roadways, with 32 percent of major roads in poor or mediocre condition, the ASCE noted, "costing U.S. motorists who are traveling on deficient pavement $67 billion a year, or $324 per motorist, in additional repairs and operating costs".

Those four million miles of roads also provide 11 million trucks with access to ports, rail terminal and city centers, driving the economy and allowing goods to get to market, ASCE explained. Vehicular restrictions on some roadways due to poor pavement conditions can create longer routings due to detours.

Late last year, The Atlantic hosted a Summit on Infrastructure and Transportation. Sponsored by BASF, the summit brought together various policymakers and experts to discuss approaches to solving America's infrastructure challenges. One of those approaches was pavement preservation.

"Pavement preservation is like changing the oil in your car," explained Tracey Taylor, Principal, Williams and Jensen, during the summit. "You wouldn't think of driving your car for 30,000 miles without changing the oil, but you do it before you see there is a problem, you do it on a regular or periodic basis. That small investment of money and time ends up extending the life of your car."

In their 2013 report card, the ASCE also recommended pavement preservation as a smart approach to solving infrastructure challenges. "The ultimate cost of poor road conditions is significantly more over time than the cost to maintain those same roads in good condition," said the reports' authors. "For example, after 25 years the cost per lane mile for reconstruction can be more than three times the cost of preservation treatments over the same time period, which can lead to a longer overall life span for the infrastructure."

"There's been a push in the last 10 or 15 years towards educating the departments of transportation, the states, the federal government, and giving support to the Federal Highway Administration on pavement preservation," explains James Andrews, Market Segment Manager, Infrastructure. Education on benefits of pavement preservation has perhaps been no more important than it is now, especially with the recently elected administration highlighting infrastructure investment as a priority. 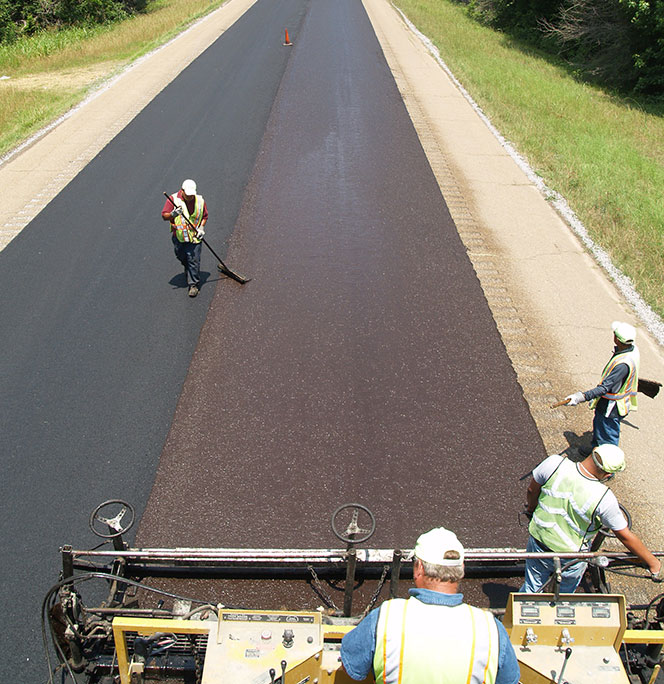 Where science hits the road

"Typically, pavement preservation is emulsion based — it could be micro surfacing, it could be chip seals," explains Andrews. Chip sealing is an asphalt emulsion that is sprayed over top of an existing road, the aggregate is placed on top of the emulsion spray, and then set into place with a pneumatic roller. "That's the most cost effective driving surface," Andrews adds.

Micro surfacing is a very thin treatment with aggregate in the emulsion. "It's very small aggregate, and it looks and drives very similarly to hot mix asphalt, but you can put this over regular hot mix and reseal that surface in a very cost effective way," explains Andrews. "It can be applied on neighborhood streets, it can be on the interstate, and it can be in parking lots. It's also a great option for maintenance," he adds.

The important thing is putting the right treatment on at the right time. "If a roadway already has physical distress, you may have large cracks and that's not where you want to put micro surfacing. Those have to be repaired first," Andrews says. "It's very important to be proactive — when the road is still in good condition, with only minor distress."

Micro surfacing can be applied every six to eight years, while chip seals can be every six to ten years. There are variables that affect when treatments need to be applied, such as the amount and weight of traffic.

Weather plays a role, too. "If you have a lot of freezing and you've got cracks, water can get in there and expand, accelerating any deterioration that you have and affecting how much maintenance is needed. If you have a chip seal in a northern environment where there's a lot of snow plowing, you can lose your aggregate if it's not the right formulation," warns Andrews. "It has to be polymer modified to withstand that type of snow plow and clearing of the streets."

Different applications are needed for different types of roads. For example, micro surfacing, because it has been polymer modified, can be used in high-traffic areas to prevent rutting. "Micro surfacing can be built up in layers, so if you had rutting in low spots, layers can be reapplied to make worn areas level," says Andrews. "You would use and formulate the layers differently based on factors like vehicle weight and usage, if there are stoplights — essentially any stretch of road where there's more distress to the pavement."

Pavement preservation not only makes valuable infrastructure dollars go further, it also comes with a return on investment, according to FP2, a non-profit trade organization that provides advocacy, research, promotion and activities for pavement preservation. "Experience shows that every $1.00 spent on pavement preservation will save from $6.00 to $10.00 or more in future rehabilitation or reconstruction costs."

It's also a job creator. Compared with new construction or rehabilitation projects, pavement preservation projects support 25 percent more jobs on a dollar-per-dollar basis, the organization noted. Moreover, it's ecologically responsible, "utilizing up to 80 percent less of the earth's non-renewable resources than do conventional highway rehabilitation and reconstruction programs."

There are also improvements to efficiency and safety, says FP2, "reducing motorist delays by using techniques that complete road work faster, with less traffic disruptions." And perhaps, when we think about grandparents attending their granddaughter's birthday from two states over, that's all the reason we need.

WATCH: Summit on Infrastructure and Transportation